How are metal eyeglass frames made?

glasses design
The entire eyeglass frame needs to be designed before going into production. Glasses are not so much an industrial product. In fact, they are more similar to a personalized handicraft and then mass-produced. Since I was a child, I felt that the homogeneity of glasses is not so serious, and I have never seen anyone wearing them. Yes, the optical shop is also dazzling…

The first step in starting the industrial design~ The designer needs to draw the three views of the glasses first, and now it is directly on the 3D modeling, as well as the required accessories, such as glasses bridges, temples, nose pads, hinges, etc. When designing, the shape and size of the accessories are very demanding, otherwise the assembly accuracy of the subsequent parts will be affected.

glasses circle
The official production of eyeglass frames starts with the large roll of metal wire in the picture below~
First, multiple sets of rollers roll the wire while pulling it out and send it to make eyeglass rings.
The most interesting part of making glasses circles is done by the automatic circle machine shown in the picture below. According to the shape of the processing drawing, make a circle and then cut it. This may also be the most automated step in the glasses factory~ 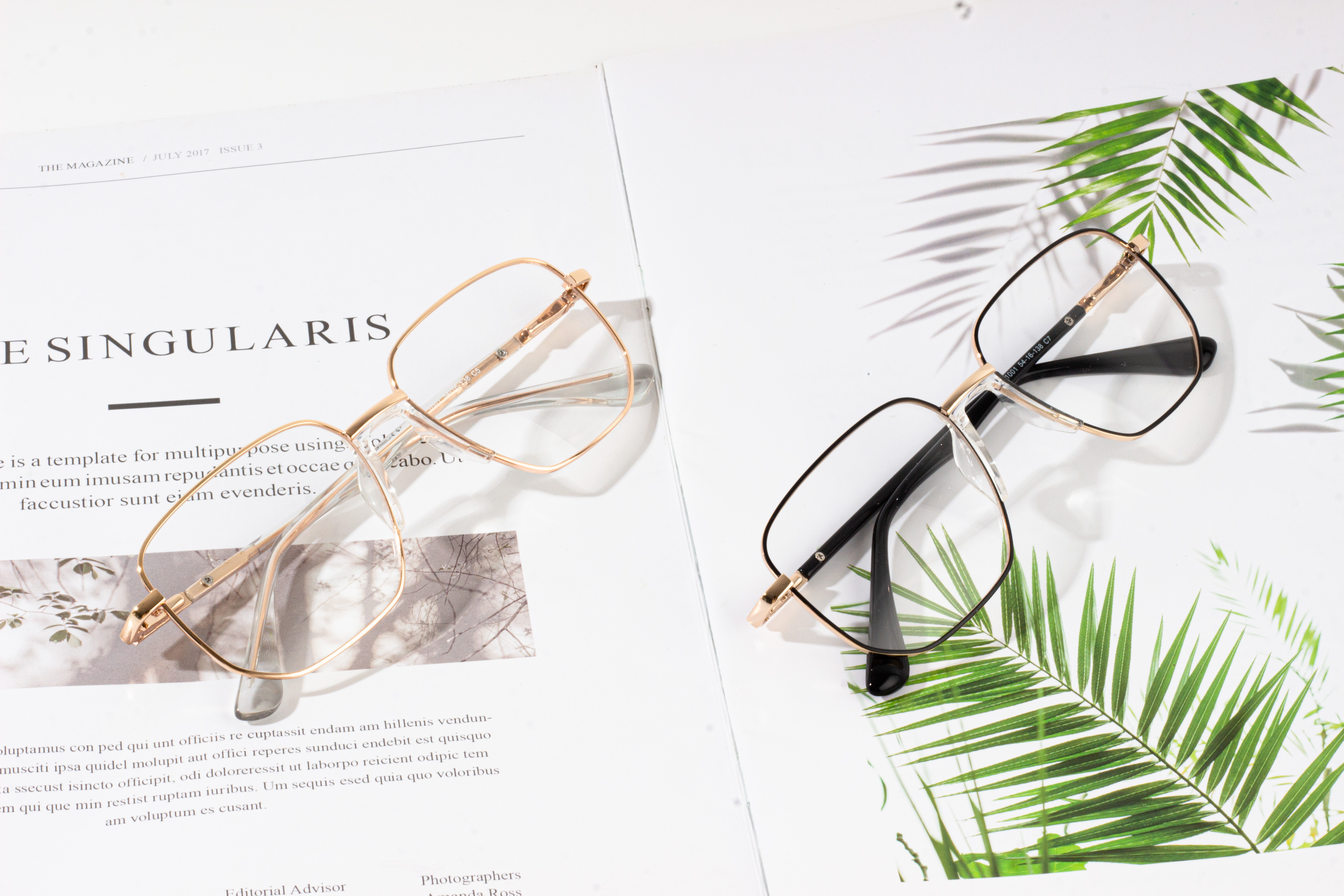 If you want to make half-frame glasses, you can cut them in half a circle~

Connect the mirror ring
The lens is to be inserted into the inner groove of the eyeglass ring, so a small locking block is used to connect the two ends of the lens ring.
First fix and clamp the locking block, then put the mirror ring on top of it, after applying the flux, heat the wire to weld them together (ah, this familiar welding)… This kind of use other low melting point The welding method in which the two metals to be connected are filled with the metal (brazing filler metal) is called brazing~

After welding both ends, the mirror ring can be locked~

Fix the mirror ring and the bridge of the nose together in the mold and lock.

Then follow the previous design and weld them all together~
automatic welding
Of course, there are also automatic welding machines~ I made a double speed in the picture below, and the same is true. First, fix each part in the position where they should be… and then lock it!
Look at a close-up: This sponge-covered welding head is the welding head of an automatic welding machine, which can replace manual welding work. The nose brackets on both sides of the nose, as well as other accessories, are also welded in this way.

make glasses legs
After finishing the part of the glasses frame on the nose, we also need to make the temples hanging on the ears~ The same first step is to prepare the raw materials, first cut the metal wire into the appropriate size.
Then through an extruder, one end of the metal is punched in the die.

Like this, one end of the temple is squeezed into a small bulge.

Then use a small punching machine to press the small drum bag flat and smooth~ I didn’t find a close-up moving picture here. Let’s look at the static picture to understand… (I believe you can)

After that, a hinge can be welded on the flat part of the temple, which will be connected to the glasses ring later. The slackness of the temples depends on the precise coordination of this hinge~

Mounting screws
Now use screws to make a connection between the temple and the ring. The screws used for the link are very small, about the size of Xiaomi…

The picture below is an enlarged screw, here’s a close-up~ The little cutie who often twists the screws to adjust the tightness by himself must have a heart…

The welded spectacle frame also needs to enter the roller for grinding, remove burrs and round the corners.

After that, workers have to put the frame on a rolling grinding wheel, and make the frame more shiny through meticulous polishing.

After the frames are polished, it’s not finished! It has to be cleaned, soaked in acid solution to remove oil stains and impurities, and then electroplated, covered with a layer of anti-oxidation film… Can no longer endorse, this is electroplating!

curved temples
Finally, a softer rubber sleeve is installed at the end of the temple, and then a complete bend is performed by an automatic machine, and a pair of metal glasses frames are completed~